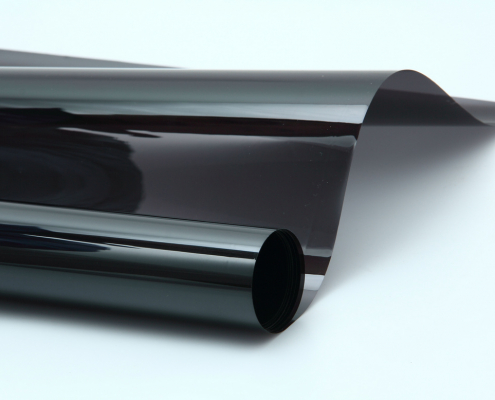 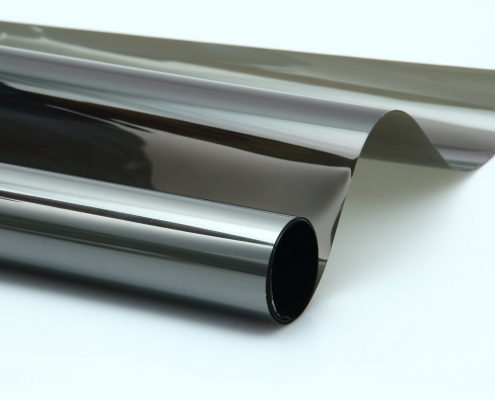 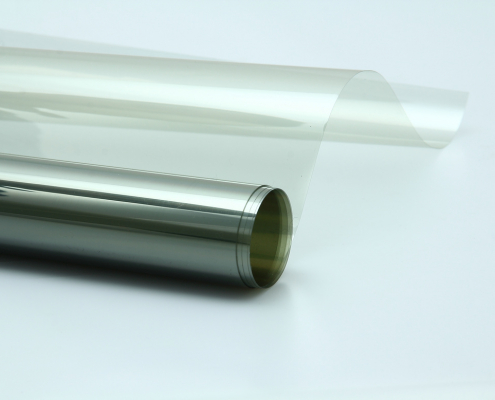 Wrapmaster’s Nano 10 Ceramic Window film is the best heat rejection technology available, with VLT 10% and blocking up to 70% of heat-producing infrared light and 99% of harmful UV rays.

The ceramic particles are similar in size to nanoparticles, which means they are small enough to block infrared light without interfering with visibility.

The result is a chip-resistant, scratch-resistant window film that provides high performance and long-term stability while protecting interiors from sun damage.

At the same time, Nano Ceramic Window film’s particles do not create such a large heat absorber, so the film will still be able to block more heat and UV light than carbon window tint despite the lighter color.

How is Ceramic Window Film Made?

There are various different window film grades available for automobiles. Among the most prevalent are the following:

Window Tint with Dye: This is a tint manufactured from polyester and a liquid dye. This dye is applied to the inner material in accordance with the desired level of ‘tint.’ The lower the VLT rating, the deeper the tint (also known as limo tint). Thus, limo tint would transmit 5% of visible light. A tint that has been dyed is less effective at blocking UV ray emissions.

Metalized Window Tint: A metallic tint is the next level of window film. It is composed of metallic flakes that assist in the blocking of ultraviolet rays such as UVA and UVB. These pollutants cause damage to interior materials such as leather, plastic, rubber, and even fabrics. UVA and UVB, on the other hand, have a significant role in the development of skin cancer.

Additionally, a metalized window coating can give strength to the window – ensuring that it does not shatter.

A mid-grade tint that combines the best of dyed and metallic films. It contributes to UV protection and enhances clarity. A blend of grey dye and titanium flakes is used to create the hybrid hue.

Carbon Color Stable: A new child on the block is carbon color stable window tint. This is a multi-layered dye film with an infusion of carbon tint elements – which increases the film’s strength and durability. The term “color stable” refers to the use of premium dyes and polyester linings, which extends the life of the garment and minimizes the possibility of deterioration.

*Editor’s Note: Of the four shades mentioned previously, a carbon window tint is the most economical.

Window Tint with Crystalline Infusion: The window tint with crystalline infusion is the gateway to increased heat resistance. This film often has a high VLT rating (higher transparency) and superior IR blocking technology. It is designed to minimize the possibility of heat entering the car rather than to provide privacy or darker-appearing windows. Additionally, it is highly effective at filtering out all UV radiation.

Nanotechnology is the name of the game with a ceramic-infused window tint. It is a multi-layered film that utilizes nonconductive tiny ceramic particles to block nearly 99.9 percent of UVA and UVB rays. The absence of metals in the coating contributes to the strength of cell phone and electronic device signals.

Additionally, when a nano Ceramic Window Film is integrated with IR blocking technology, the amount of heat entering the vehicle can be greatly reduced. You can see how this type of film is designed in the attached image.

The top layer (or the region that is most exposed) is a hard coat containing nanoparticles. This reinforces the automobile window and helps prevent scratching.

Directly behind it is a transparent polyester layer. This is a basic polyester with no additives — for enhanced depth and thickness. Where the magic happens is in the laminate adhesive. The ceramic nanoparticles are then mixed to achieve the VLT or visible light transmission rating. It contributes to increased visibility, even in low-light circumstances. Numerous experts agree that the enhanced visibility compared to lower-grade film is a considerable advantage.

The final two layers are a clear polyester film (for forming the ceramic sandwich) and the mounting adhesive.

How Does a Ceramic Window Film Benefit You?

When you purchase a higher-quality product, it should include some enhanced features. This is true when it comes to ceramic window tinting vs. purchasing a standard tint.

Did you know that NASA’s Space Shuttle contained ceramic tiles around the orbiter’s bottom — which aided in the protection of Astronauts during re-entry? While the sun’s IR radiation is not particularly intense on Earth, similar components in this updated window tint aid to keep heat out of the vehicle. Certain superior-grade ceramic tints have additional infrared blocking technology for increased heat resistance.

Typically – with enhanced window tints of the past, with enhanced chemicals, there are certain disadvantages. The primary source of the problem is a jammed cell or electronic signals, such as Bluetooth, Wi-Fi, or radio. This is frequently owing to the metallic infusion of materials, which provides depth and strength. This issue is resolved by nano ceramic technology, resulting in crystal clear phone calls.

Ceramic IR window film of superior quality incorporates ceramic nanoparticles/molecules that are neither metallic nor conductive. It is engineered to reflect the maximum amount of ultraviolet and infrared heat or rays while absorbing the maximum amount of light. This provides the best possible visibility and solar protection. It’s similar to a high-end ceramic coating for windows.