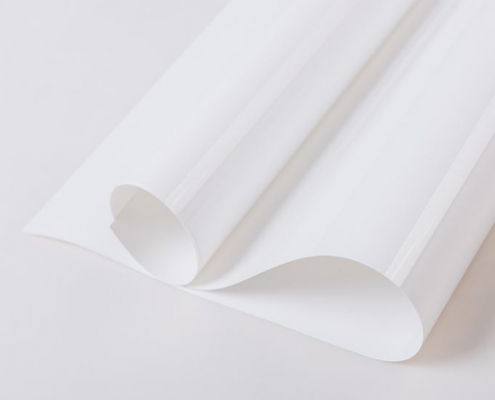 Frosted Window Film is a stylish product designed to obscure glass for privacy during the day and at night, and for added security in your home or office. Our frosted window film can be purchased cut to size bespoke to your window measurements, or off the roll by the meter.

Frosted Films are ideal for use on doors and on joints where two or more windows meet; this is the ideal solution for homes or offices which have large expanses of glass, giving maximum cover from prying eyes whilst allowing light through almost completely.

Frosted window film will give your office or home a stylish, professional look at an affordable price. This frosted window film is designed to obscure glass for privacy during the day and at night, and for added security in your home or office.

It’s easy to apply – just cut to size with our handy cutting tool (included with your order), then follow the instructions on how to apply it using just soapy water and a felt-edged tool for a professional-looking finish. WrapMaster can make any custom-size frosted window film and pack it for your requirements. 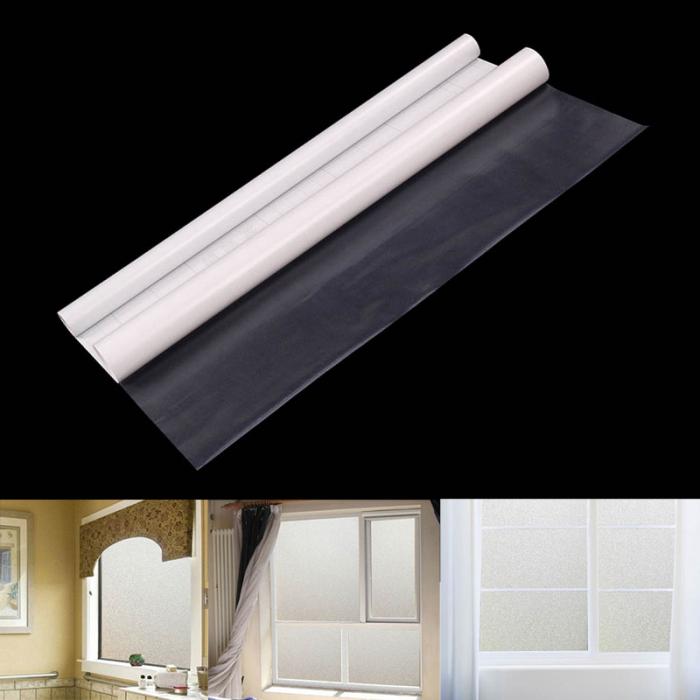 Plain Frosted Window Film is an excellent method for creating the illusion of frosted glass. This film provides privacy and security without altering the appearance of glass. This film is suitable for virtually all glass surfaces, including bathroom windows and shower enclosures. Frosted Matte series partitions and doors are also superior. Frosted Matte is a particularly popular series in kitchens.

This frosted window film is an excellent option for numerous reasons. It gives beautiful privacy and appears to be made of glass. It is also resilient, simple to clean, and suitable for high-traffic areas. You can even choose different colors and patterns to complement your house or office’s interior design. There are numerous subtle and dramatic ways to apply basic frosted film.

Frosted glass has the benefit of allowing natural light to pass through while inhibiting UV rays to some extent. Additionally, it generates a bright environment in a workplace or other situation. Typically, it is made with an additional material layer that serves as a safety measure in case of breakage. The cost of plain frosted window film is less than that of a thick layer of frosted glass. It is also durable enough to be replaced anytime required.

It obstructs the view

White Frosted Window Film is the optimal choice for obscuring the view while allowing natural light to pass through. This film is composed of excellent PVC and is available in a variety of colors. Champagne Frosted window film gives less privacy than pure frosted film. These films are also offered in various sizes and may be cut to match any window size. After installation, these films are virtually undetectable and will have no effect on the exterior view.

Window film is an additional type of window coating. Typically, this sort of window film is put in private offices and conference rooms. It can aid in obstructing the view and lowering the room’s temperature. Additionally, the film can be personalized with a variety of patterns and designs. To produce the desired impression, you can choose from hundreds of designs and colors. These films are simple to install and can help you attain the desired level of privacy.

It is less expensive than frosted glass.

Frosted window film is a comparatively affordable alternative to permanent solutions such as ice and sand window treatments. It may be applied to windows without the need to cut and re-glaze the glass. Due to the fact that this material is removable and replaced, it is the most cost-effective alternative when attempting to save money. Despite being less permanent than frosted glass, this alternative is just as effective at preventing undesirable sightlines.

One of the various forms of frosted glass is White Frosted Window Film. This film can be used for security or as a decorative element, but in either case it blocks people from seeing into or out of a building. Although it has comparable effects, this window film does not totally alter the room’s appearance. Its frosted inside layer provides security while allowing for creativity.

The most prevalent window film color is white. It is available in varying levels of opacity. You can choose one that matches the size and color of your window. There are numerous types of window films available at varied rates. You may even purchase security films that provide additional sun protection. These window films are an inexpensive option to increase your home’s security, and you won’t have to spend a bunch on new windows.

It is more resilient

Frosted window film may be the solution if you’re searching for a stylish and eco-friendly window covering. These transparent sheets are customisable and frequently imitate glass. Frosted film is also more affordable and flexible than glass. Consider the 3M Decorative Window Film if you are worried about the environmental impact of your window covering. These films, which are available in hundreds of patterns, resemble frosted glass.